We made a Commodore 64 game!

Ricki, a good old friend of mine and I decided to make a cowboy themed 1 and 2 player game named SHOWDOWN, for the good old Commodore 64. This is a computer we both grew up with, and being game developers from todays point of view, it's interesting creating something for an almost 40 years old system. There are SO MANY challenges that we take for granted today, but it's also extremely satisfying getting to overcome those obstacles and keep evolving, learning and adding to the game. We had the amazing Sami Louko help us out with the music and sound effects.

You can get the game from the link above! :-D It runs on original hardware or emulators. It also runs on the C64 mini and maxi! 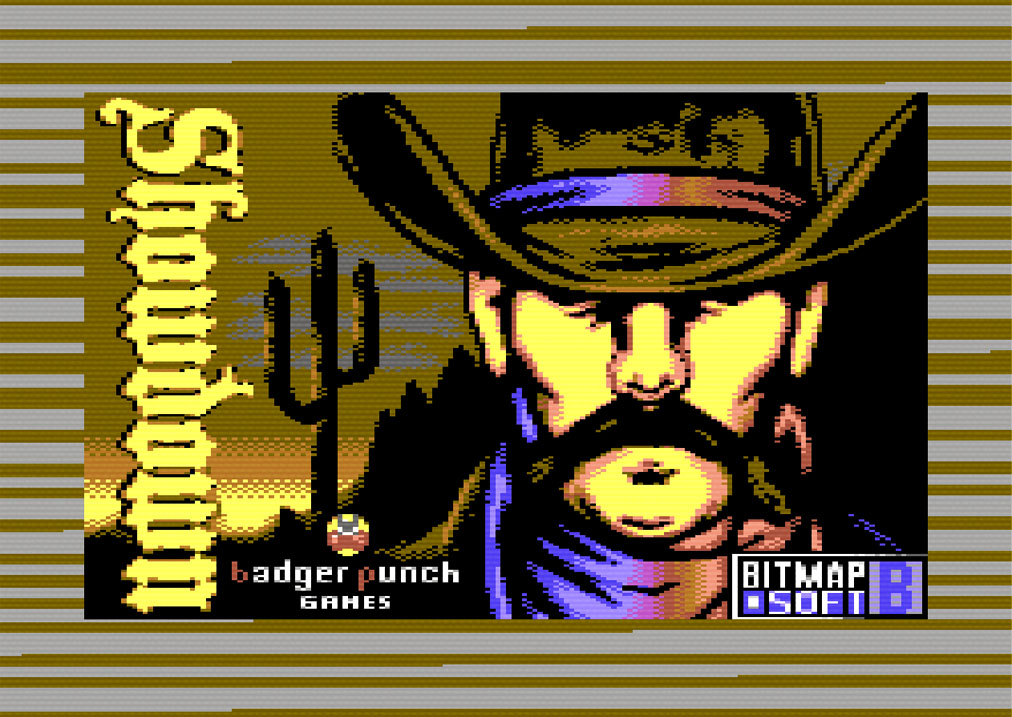 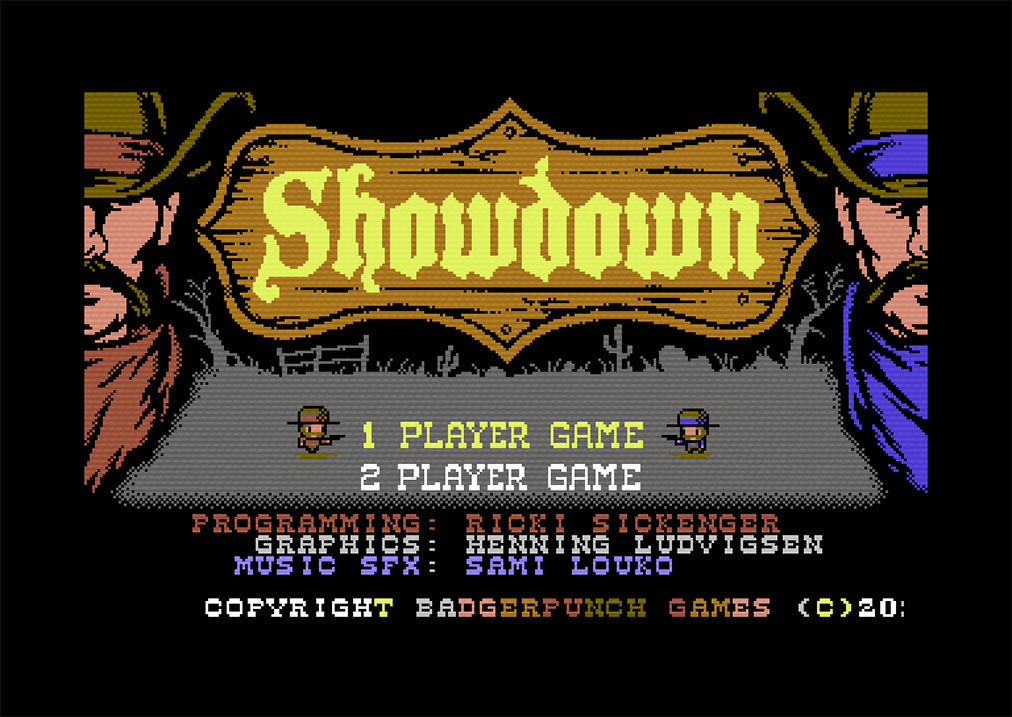 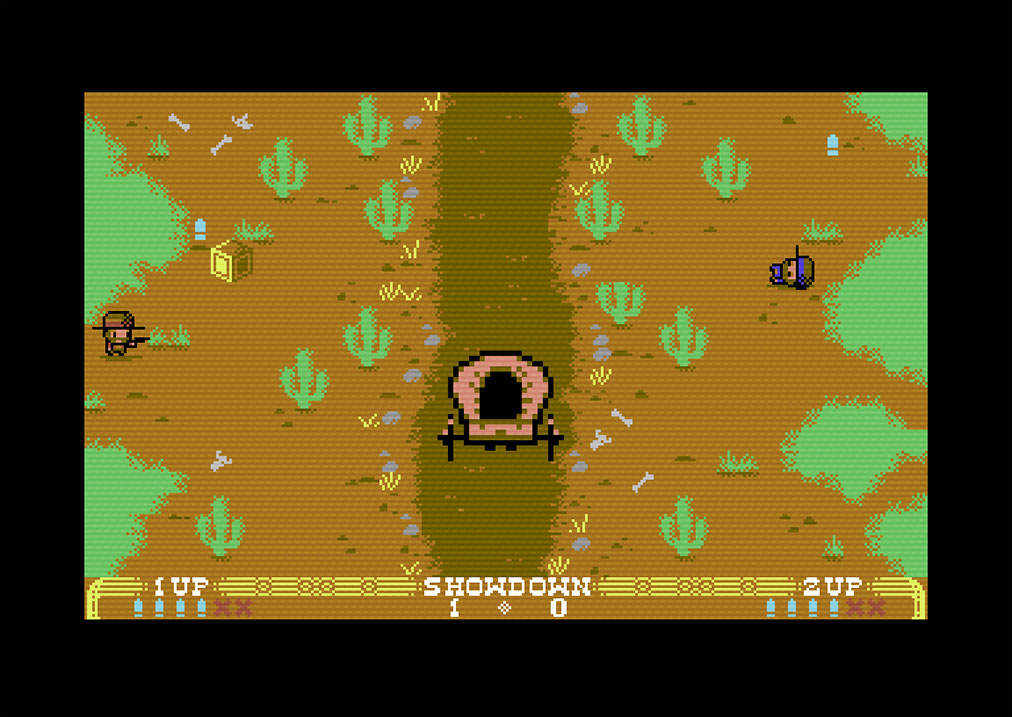 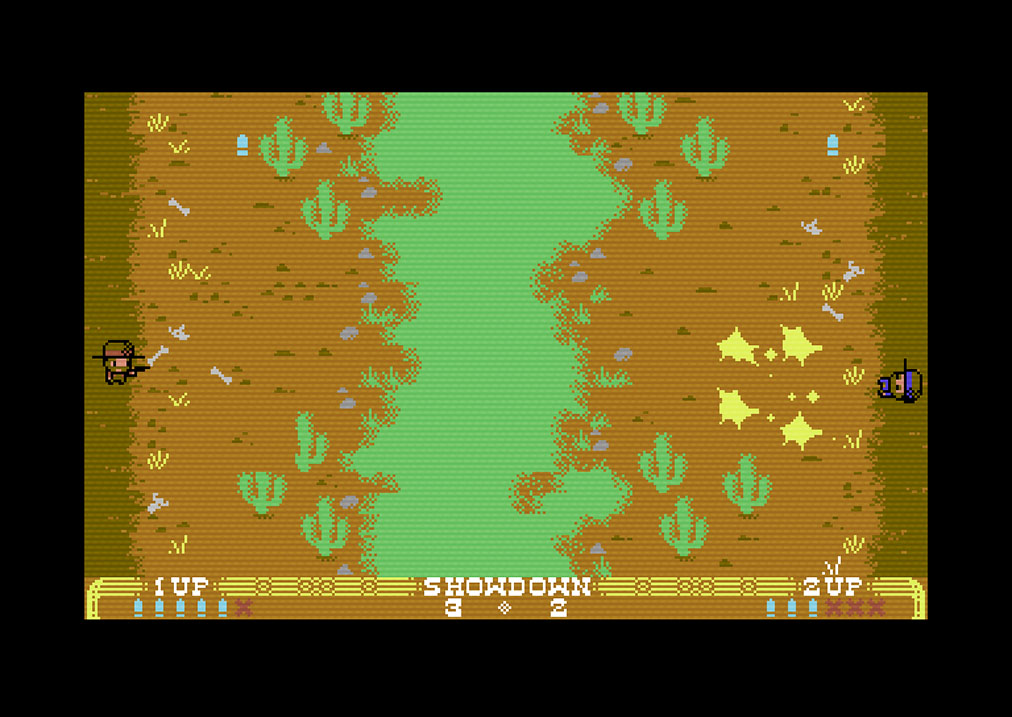 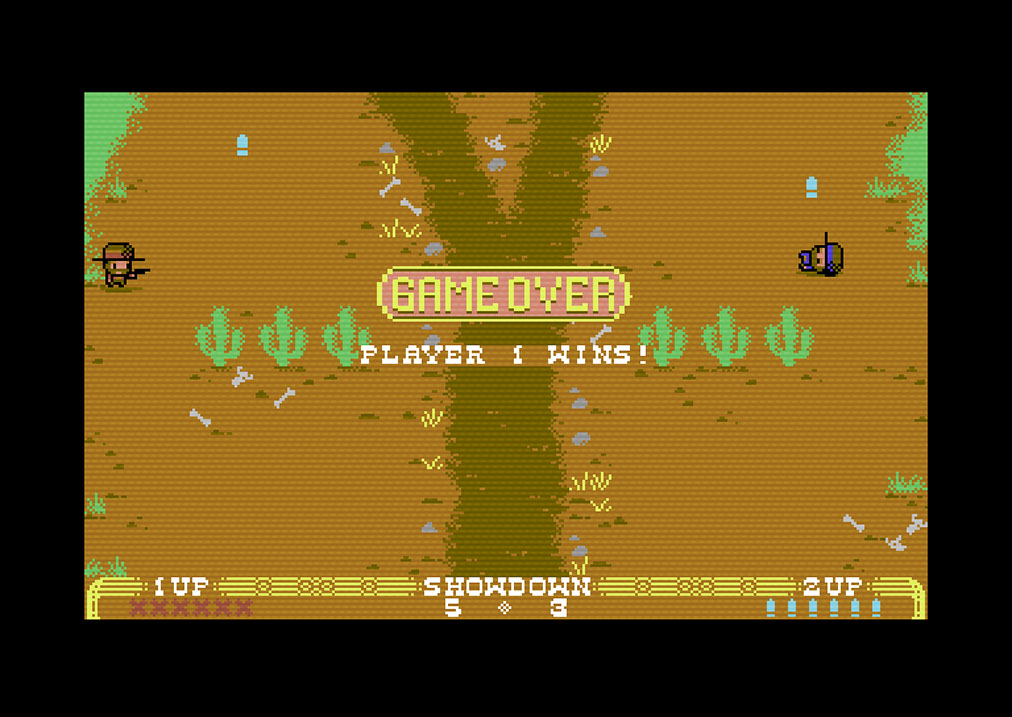 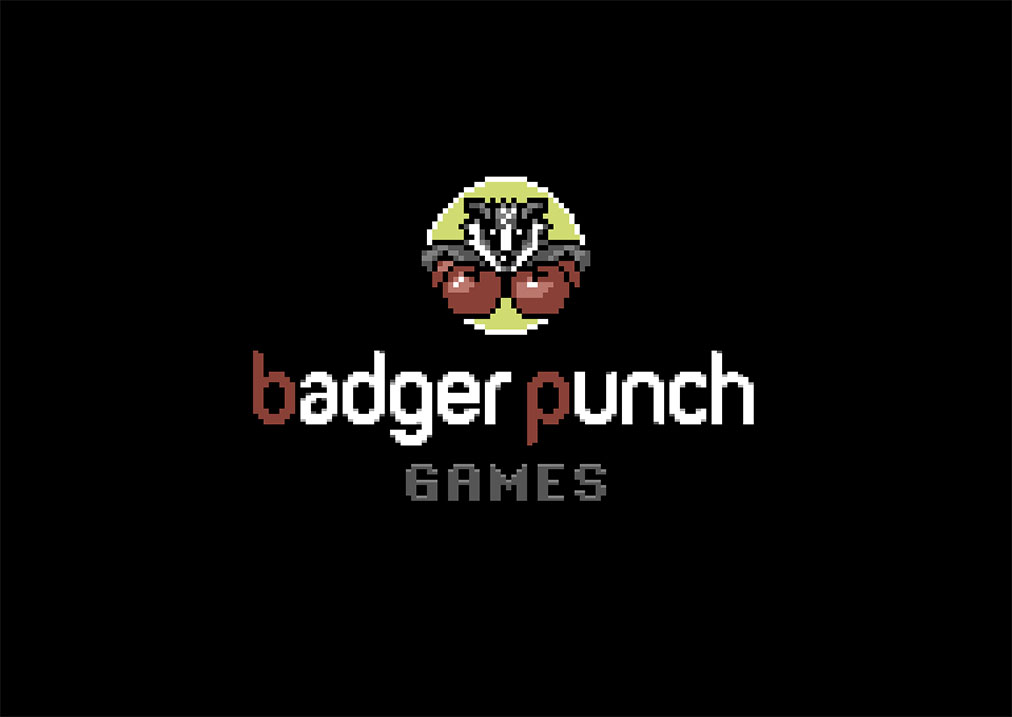 I won't go too much into details, but the Commodore 64 has a total colour pallette of 16 colours and 2 major graphics modes: multicolour and highres. Both have pretty significant limitations and you have to be creative to create anything of use. So, even though the system might have 16 colours, you might still only be able to use 2 or 4 colors inside a limited space or on one page.

The characters were made using a browser based tool named SpriteMate. It's using multicolour sprites containing 3 colours + transparency. In multicolour mode, each pixel is 2 pixels wide, leaving for some limitations in resolution, so I decided to add one highres sprite on top. You can have only one colour plus transparency in highres mode, but combined with the multicolour sprites below it adds up to a decent end result.

The levels are made using CharPad, and consist of charater-sets. So, we've basically made a font set that looks like graphical elements. This tool also comes with a really handy editor which we made the levels in.

The intro screen with the badger punch logo was made in MultiPaint using multicolor mode, but the main start page is made using high-res. The simplicity of the image worked well with the limitations of the high-res format.

The game was programmed in assembly. 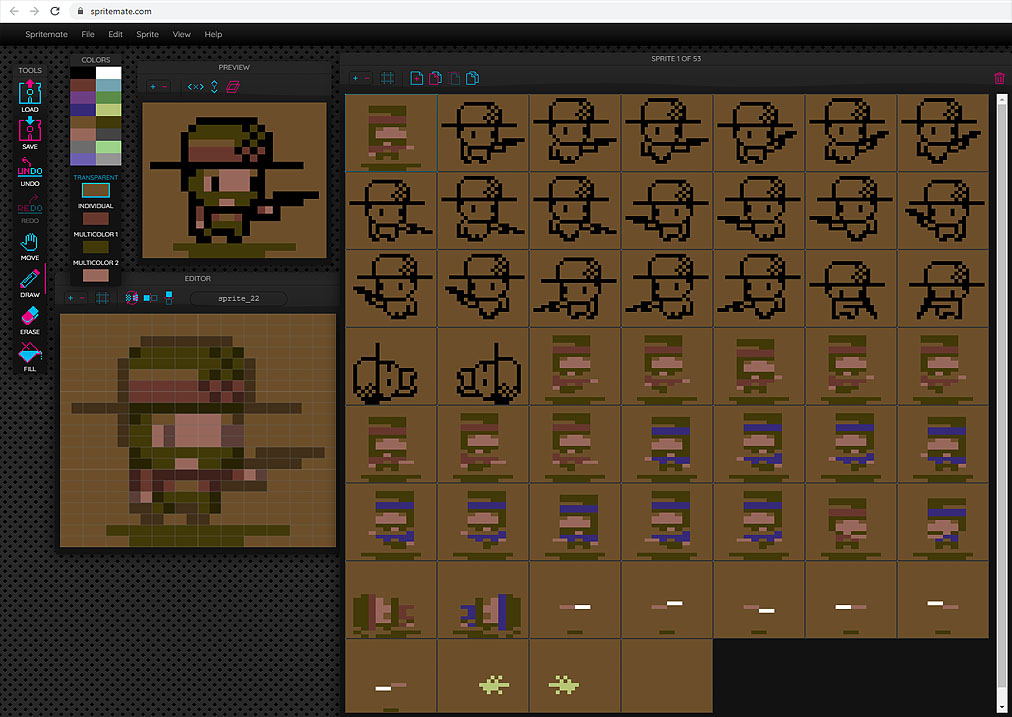 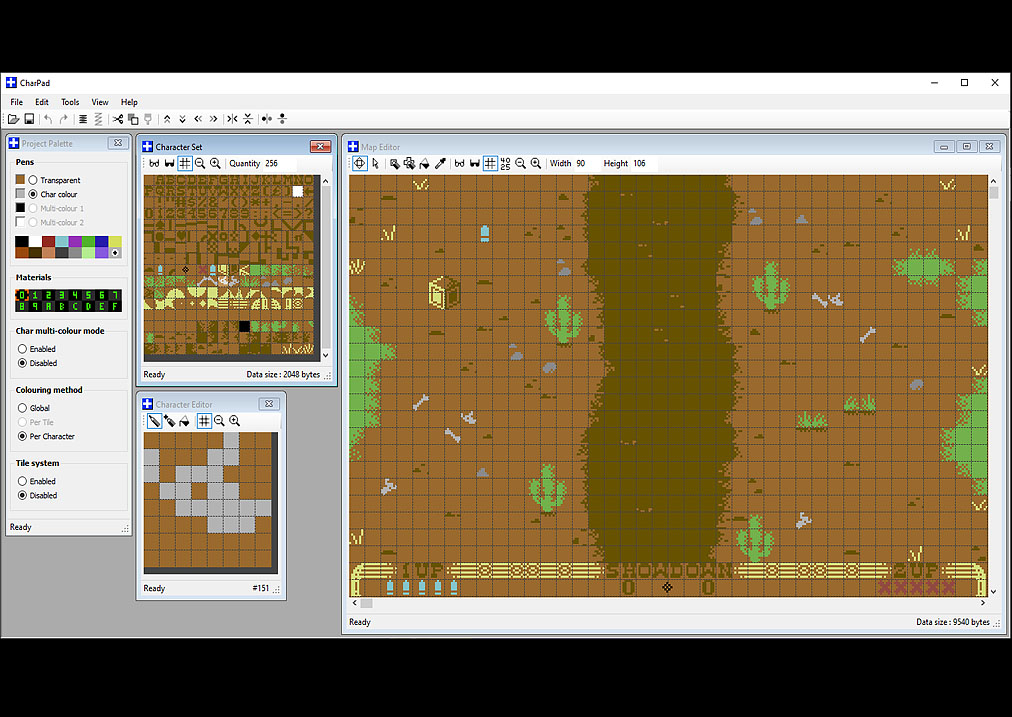 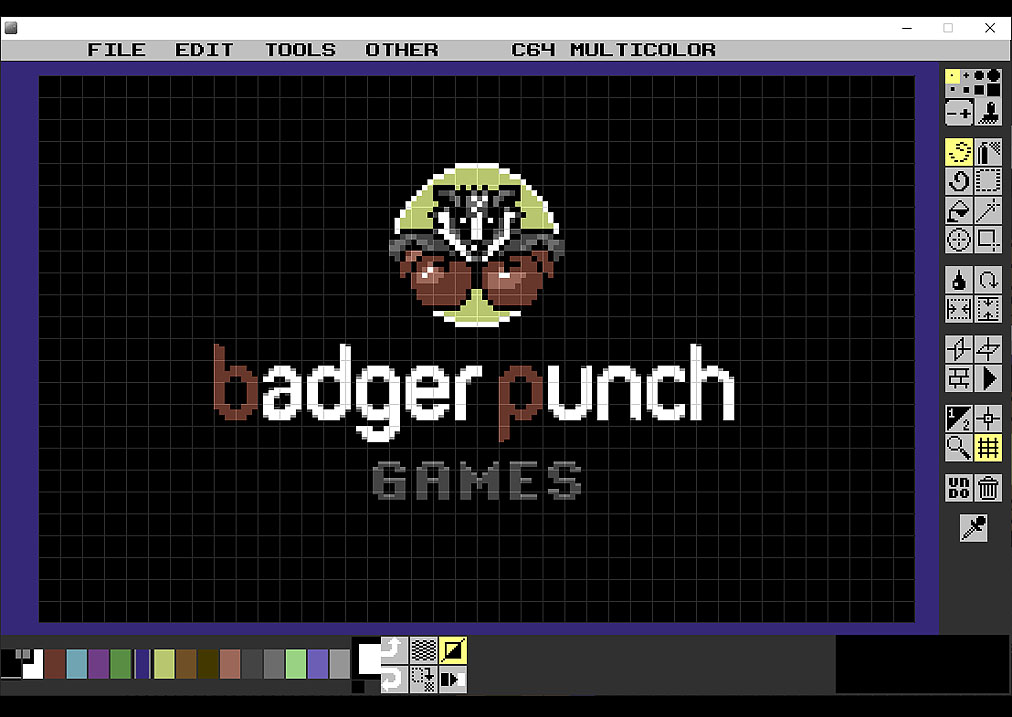 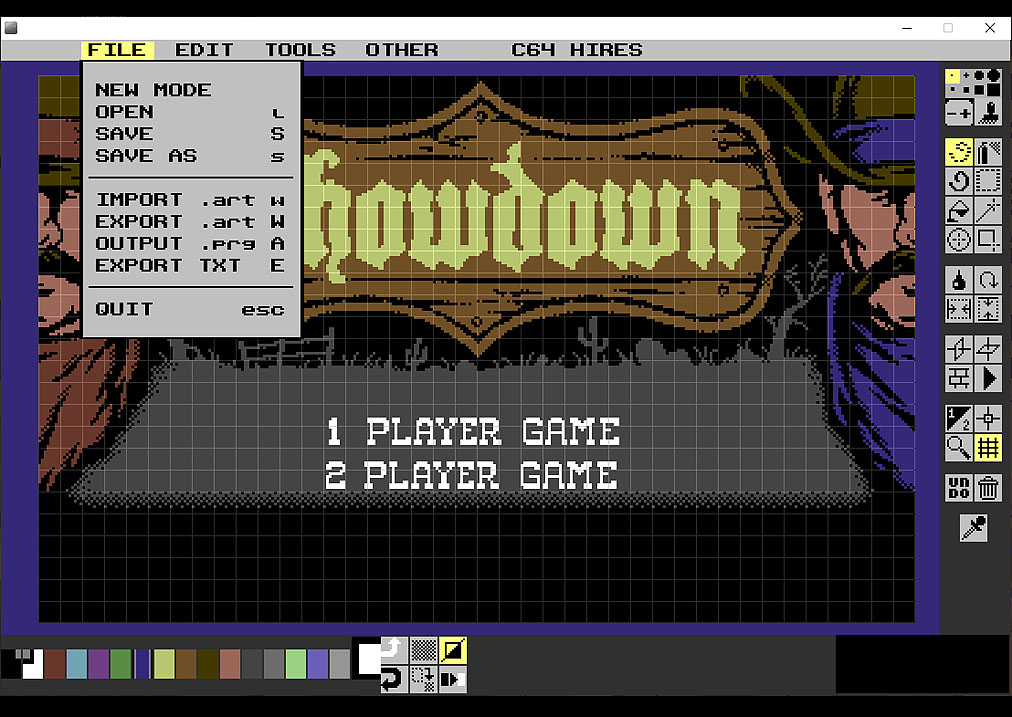