So, there are plenty of tips and tricks found online on how to help turn your old yellowed plastic into their former glory. The most efficient way seem to be using Hydrogen Peroxide mixed with water and sunlight. This, however, require your items (or in my case old retro consoles and computers) having to be dismantled to separate the plastic parts from the rest, as the plastic parts are to be submerged in the Peroxide cocktail.

But… there’s also a tips about simply leaving your yellowed plastic in direct sunlight for a few hours, or days. And that’s it! This sounded too simple to not try and run some experiments on.

So, I fairly recently purchased a Commodore VIC20 which was in good shape, except some nasty yellowing that has annoyed me quite a bit. I took a photograph of it before leaving it outside in the sun for approximately 8 hours.

I didn’t except much, but I have to admit that the results from the first test had worked surprisingly well. I could see a clear difference! 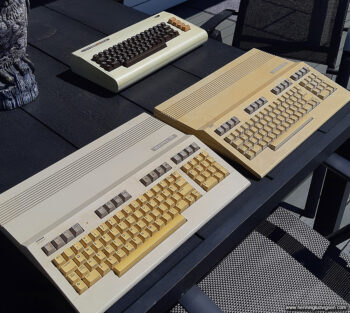 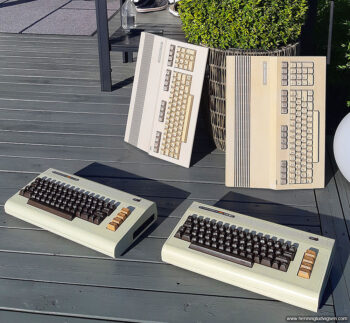 This made me excited, so I went to fetch my second VIC20, which was not AS yellowed, and two Commodore 128’s who had two very different states of yellowing. One of them which I’ve had from when I was a kid has been stored in its original box for the last 20+ years had an overall extreme yellow, almost grey/brown yellowing. The second C128 (which I have absolutely NO clue where I got from, but that’s a different story) had its chassis in a pretty decent state but had some VERY nasty yellowing on the keys, which I found a bit odd.

I took before photos of both of the C128’s as well to be able to compare later.

All in all, I left all computers outside in the sun over a period of a few hours each day for 3 days. I know that exposing old tech to the heat of the sun is not great for their innards, but I felt that I did it gently in not too long sessions. At the last day I felt that I didn’t see much more progress and decided to stop the experiment.

The first VIC20 had the most impact with almost all of that really nasty yellowing pretty much gone. It almost looks like a brand new computer, and DAMN that bright bread-bin design is looking mighty fine! I’m VERY happy about this transformation, and especially considering how easy it was to achieve. 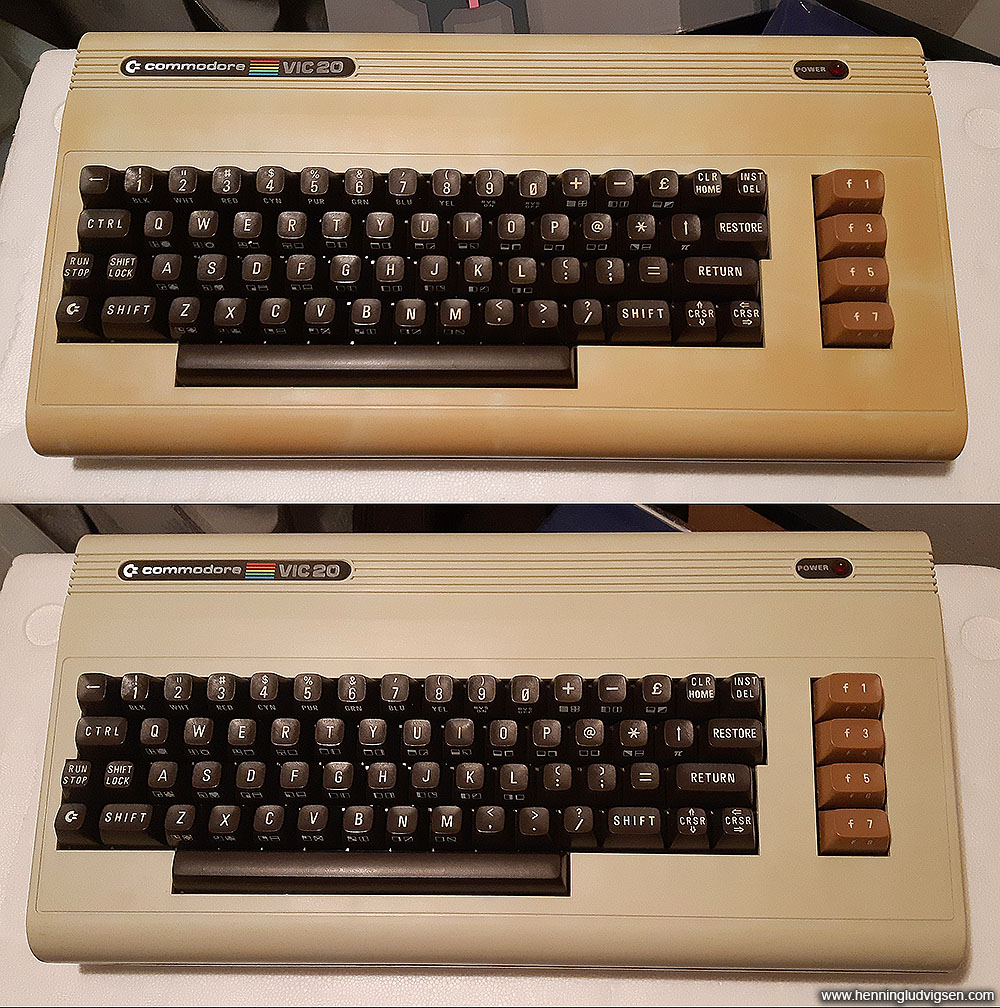 The second VIC20 had some improvements, but some of the yellow patches it had on the underside are still visible. (I didn’t take any before photos of this one, unfortunately).

The first C128 did get a bit brighter, but I think this one has gone so far that it probably won’t get any brighter using this technique. Still, a pretty clear improvement. It’s still a success when comparing the before/after images, even though it could still get quite a few levels brighter. But at least the chassis and the buttons are matching up fairly decently, shade-wise! 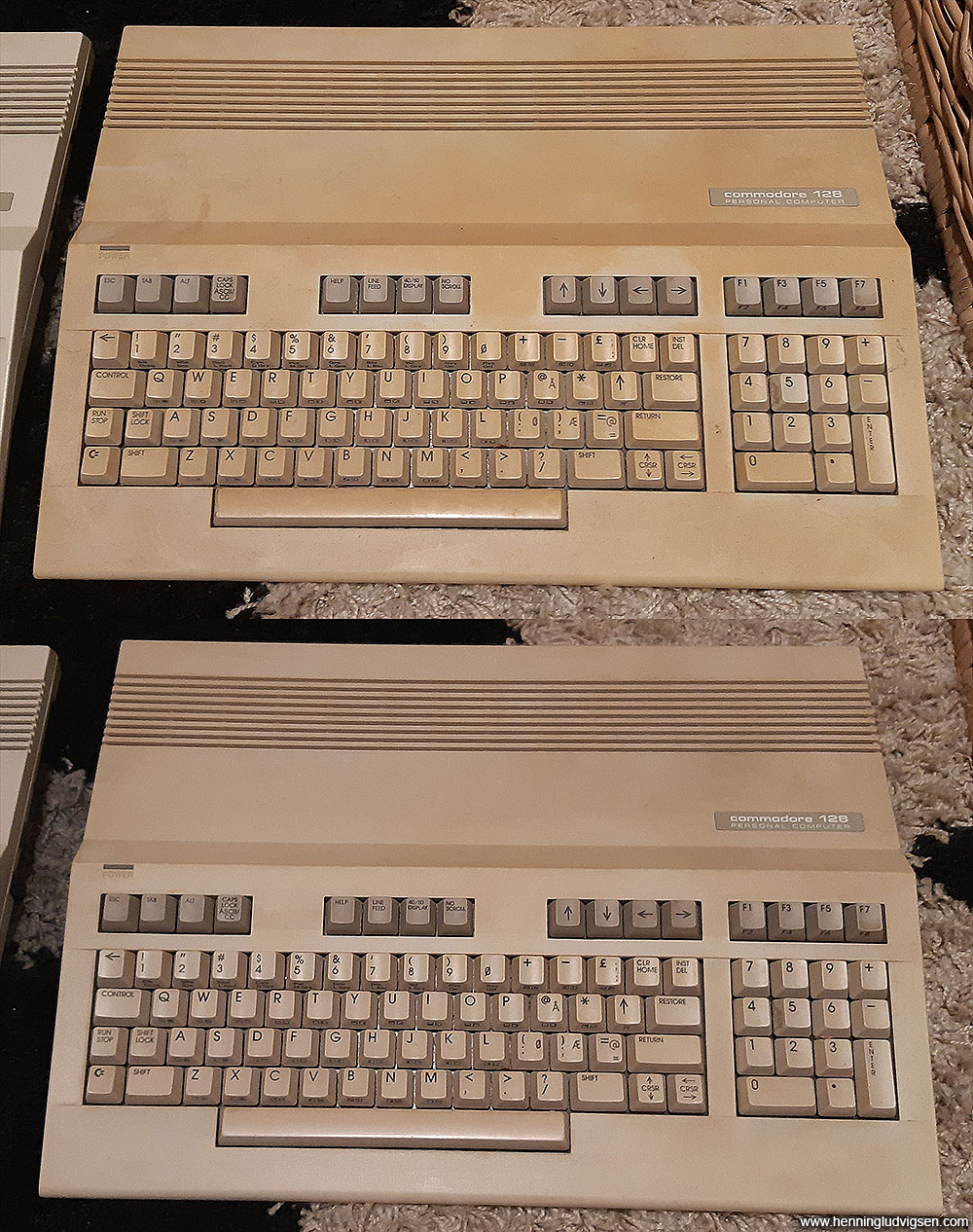 The second C128 with the nasty yellow keys also seem to have improved quite a bit, but will probably need some chemicals to be taken any further. There are still a bit of difference between the chassis and the buttons on this one. A good fix for this one would be to remove the buttons and treat them with retrobright chemicals. 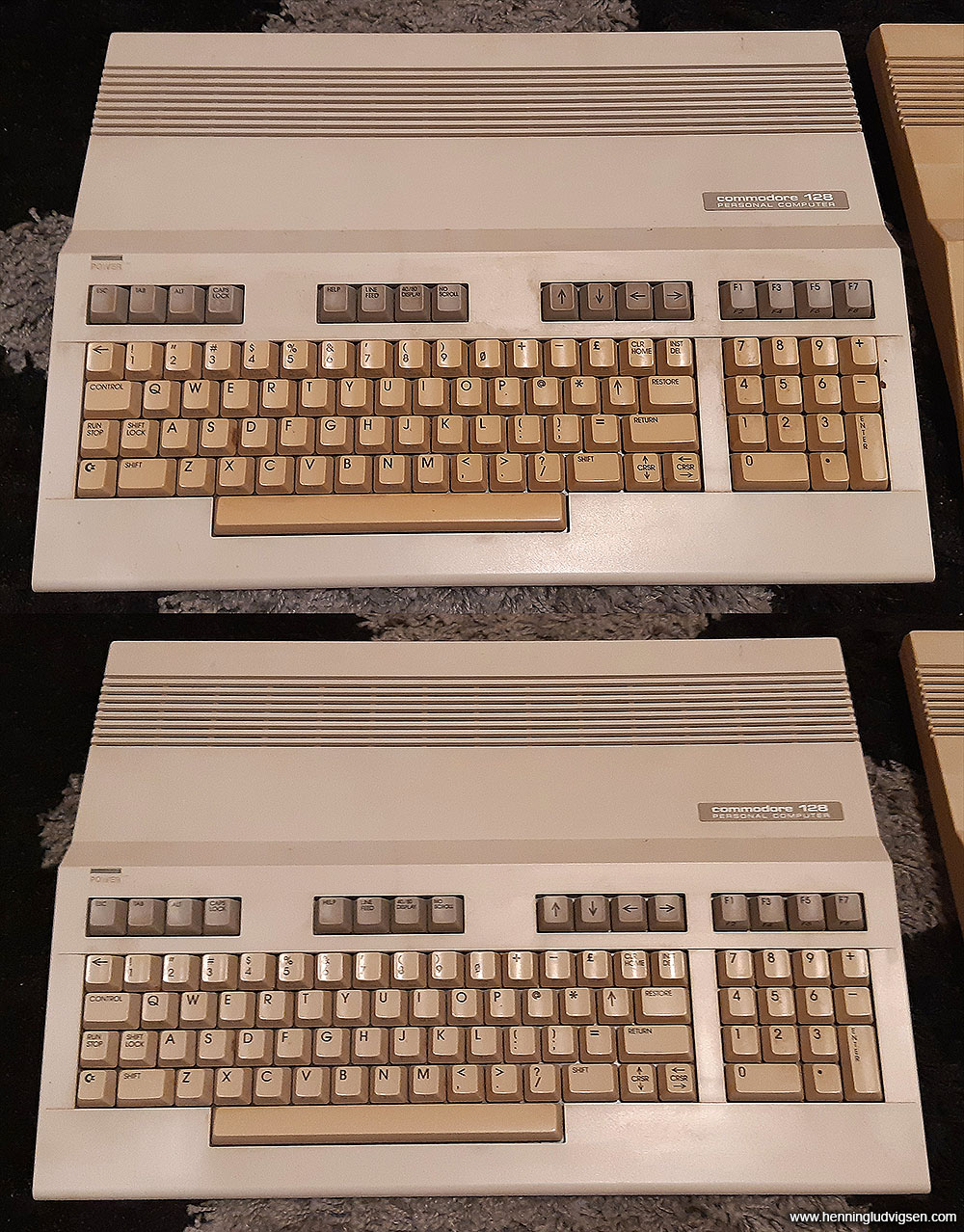 So, to conclude: sun “bleaching” old plastic definitely works, but it seem to have a slightly varied effect depending on how far the yellowing has gone, and probably also on what type of plastic it is? The more saturated yellowing seem to disappear quicker and more efficient with this technique.

Guess it doesn’t hurt giving it a go, but be careful if there are any fragile and old gadgets that might not be too fond of being exposed in the heat of the sun for too long…

PS: Retro Recipes has a great video showing this process in more detail, and also explains about the science between why the plastic yellows.